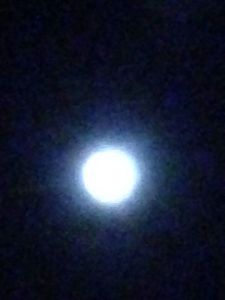 Do you know what my pet peeve is? Do you know what a pet peeve is? According to the Urban Dictionary it is “An irritating experience caused by others in which you cannot control”. So back to my first sentence, I am going to tell you! It happened again today right in front of me and the ugly in me rose up!

I was in a hurry as usual and went to the checkout with my groceries, I saw that all the lines were full, there was one that looked available but one of those baskets that you carry around was sitting on the end of the counter and it was full of items. I looked at the cashier and she smiled and motioned me to come on. I said “I don’t want to make anyone mad by coming and thinking I have gotten in front of them.” She assured me with a smile that I should come ahead and I did. She was checking out my last items so the rolling counter was empty as a man walked up with three things in his hands. I saw her look at him and choose to ignore him so I spoke up and said, “That gentleman is doing the same thing I was, he is waiting on permission to put his groceries down.” She looked at him with the most ugly expression that I can imagine and said in a gruff voice, not at all the same voice with which she had greeted me, “Are you ready, right now?” He smiled and said, “Yes mam, I was just waiting on that basket, didn’t want to jump line.” She had already handed me the receipt and as I was moving away I looked back and her harsh answer had scared him and he was standing still when she rudely said to him “WELL come ON!” I wanted to drop through the floor, I looked back at the man and smiled as he gave me a small salute and smiled back. Yes his smile was basically toothless, odd for a man who was not very old, his hair was disheveled, facial hair grown out ragged and unkempt and his clothes were tattered.

Do you know that I had not noticed that about him until that moment? I believe I saw him with the eyes of Christ and his spirit was beautiful and touched mine with the kindness in his eyes as he acknowledged me for helping him. It reminded me of an old movie where a man saw people for their souls and spirits and if they were good he saw them as beautiful, even if they were good-looking physically if their spirit was bad he saw them as extremely ugly and deformed. I like to think that is the way that God sees us, matter of fact it IS the way He sees us and I can prove it with the scripture and it isn’t taken out of context to prove a point. God said to the Prophet Samuel when he was looking to anoint the new King of Israel concerning one of David’s older and maybe more handsome brothers 1 Samuel 16:7 But GOD told Samuel, “Looks aren’t everything. Don’t be impressed with his looks and stature. I’ve already eliminated him. GOD judges persons differently than humans do. Men and women look at the face; GOD looks into the heart.”

So reader, if God were looking at you what would He see? Proverbs 6:16-19 “Here are six things GOD hates, and one more that he loathes with a passion: (a proud look) eyes that are arrogant, a tongue that lies, hands that murder the innocent, a heart that hatches evil plots, feet that race down a wicked track, a mouth that lies under oath, a troublemaker in the family.” Notice that the first thing listed, and I put the KJV in parenthesis, is a proud look!

Before you look at someone with disdain and judge him or her because they aren’t as wonderful as your own dear self think of how your attitude must look to God who loves us all the same. I will close with Matthew 25:45 “He will answer them, ‘I’m telling the solemn truth: Whenever you failed to do one of these things to someone who was being overlooked or ignored, that was me—you failed to do it to me.’” Be good to everyone, you may be entertaining an “angel unaware”. Feel the love with which I send this out to you!

2 Replies to “A Proud Look”