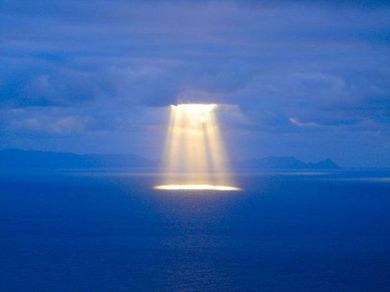 I was watching a TV program, with my daughter, called “Four Weddings”. Four girls are guests at the other’s weddings and give it a score; the one with the highest score wins an all expense paid Honeymoon. While watching you can’t help but notice how the girls all have a “lit from within” glow. There’s a light that shines from someone newly in love that everyone can see. You go through life and everything seems great and then one day, your light is snuffed out. A lot of years ago, I walked down the aisle as a Bride. My dress, bought at the downtown Davison’s (now Macy’s), cost $20. no joke. It was an incredible sale; my crown and veil cost more! What made it special is that my mother beaded, by hand, every available place in the lace so that when I made my Bridal walk I was a column of shimmering reflection of the candlelight. At that time it felt as if I had achieved the goal of marital bliss that I had experienced through watching my own parents. I wanted to be them. It didn’t happen. Sometimes it feels like life beats you down until there is nothing left, it is at those times that you fake it till you make it, then you find out you are faking it all by yourself, that is the final blow and the candle and the light that it brings, is snuffed out. I didn’t realize that I had so totally lost it until a friend of mine made a statement that gave me a reality check; “It used to be that when you walked into a room, everything lit up, what has happened to you?” That was when I realized that my light had, indeed, gone out. It was true. When you have been raised to make a go of whatever you have put your hand to, you get so down on yourself for failing. You have the mentality that if you had been better, prettier, smarter, something more than you are, then things would have been better, and you would have succeeded. That is what makes your light go out, the blame you lay on yourself for failing! There is an old saying, “It takes two to tango”. According to Today’s English Idioms, this means that when two people have a conflict, then both people are at fault, but when it was me I couldn’t help but feel defeated. When a person has had a powerful, personal, salvation experience, a light turns on in them that the whole world can see. Matthew 5:14-16 “Here’s another way to put it: You’re here to be light, bringing out the God-colors in the world. God is not a secret to be kept. We’re going public with this, as public as a city on a hill. If I make you light-bearers, you don’t think I’m going to hide you under a bucket, do you? I’m putting you on a light stand. Now that I’ve put you there on a hilltop, on a light stand—shine! Keep open house; be generous with your lives. By opening up to others, you’ll prompt people to open up with God, this generous Father in heaven.  We used to rejoice at the excitement in new Christians and joke that they should “be locked up for 30 days” after their conversion! But it is that excitement that attracts others, the light that turns on in them, where they were formerly dark, depressed and without hope, shines on everyone around! The great sadness is when one of these suddenly gets discouraged, and it happens, read 1 Peter 5: 6-11 Keep a cool head. Stay alert. The Devil is poised to pounce, and would like nothing better than to catch you napping. Keep your guard up. You’re not the only ones plunged into these hard times. It’s the same with Christians all over the world. So keep a firm grip on the faith. The suffering won’t last forever. It won’t be long before this generous God who has great plans for us in Christ—eternal and glorious plans they are! —will have you put together and on your feet for good. He gets the last word; yes, he does. Whether you have had a personal disappointment, or a spiritual one, don’t let your light be extinguished! This little light of mine, I’m gonna let it shine!