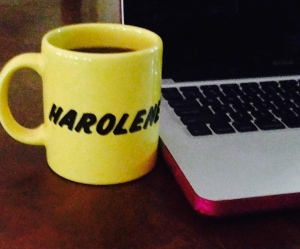 Have you ever heard that saying about the silk purse and the sow’s ear? It was one of my grandmother’s favorites. It generally had to do with a young man, or lady, that seemed unsuitable to date, I, however, think it applies to situations in life that seem impossible, too bad to turn around, just plain bad! When I am in a bad situation, I try to think about what could be the worse thing to happen. Sometimes it already has and I feel that I need to “wrap myself in the rags of my life and lay it at the cross”!

All through the Bible we see stories where a good solution seemed impossible. Look at the Children of Israel caught between the Pharaoh and the Sea, but God opened the water for them to walk across on dry land, and the enemy couldn’t follow because, they drowned! Daniel was in the Lion’s Den and God shut the mouth of the lion! So many examples, such as we find in Genesis 50:20 “You meant to hurt me, but God turned your evil into good to save the lives of many people, which is being done.” These were the words that Joseph spoke to his brothers after the death of their father.

Yes, it would be nice if we could make silk purses from sows ears but if you have a “sows ear” you might just need to like it the way it is! My Dad used to tell me that there is always a little sour with the sweet, however I only wanted the sweet!

We only get to go through life one time without any do-overs and we must learn to make the most by learning a lesson from the mistakes that we make.

Mistakes? There are mistakes that no amount of fixing can help, such as my Pineapple Up-side Down Cake! When I was learning to cook, and doing a pretty good job with “noodle dishes” and casseroles, desserts were yet to be learned. My mother called and told me they were bringing home the Senior pastor, they were working with, for coffee. I told her I would make a cake to go with it! I didn’t, yet, know the difference between baking soda and baking powder and, you guessed it, making the cake “from scratch” I used the soda instead of the powder, no need to tell you that it was quite obvious and was HORRIBLE! I thanked God the coffee was good and poor old preacher was no worse for the terrible bite of cake, except it took several minutes for his mouth to un-pucker! It reminded me of the apple pie a lady made for us to have, at her house, after a church service. She was famous for her apple pie! Somehow, whether aging eyes or her mean younger brother played a dirty trick, the salt and sugar canisters contents had gotten switched! My dad was offered the first piece and she was watching his face to see his delight, and asking him if he would like some cheese to go on top of it, all while he was trying to hold a straight face and making an attempt to swallow the briny apple pie. He held his expression until another of her brothers had tasted the pie. When he took his bite of pie he spewed it out and a shout of laughter went up, the rest is history!

There is always the Sunday that my dad, while delivering his Easter sermon, said that Jesus had ridden into Jerusalem on his “donker”… there was no way for us to hold our laughter, we were grateful that he let it pass, but the day we broke down and laughed, when my brother’s voice was in the midst of changing during his puberty and he hit the most terrible note to the top of his lungs singing “the anchor holds and grips the solid ROCK”, was so funny to us that we all three laughed, it wasn’t that funny to our dad who turned to us and in front of the congregation asked “what is so funny about Jesus?”

Mistakes like those are funny and can be fixed, other life mistakes not so easily. Samson made the mistake of trusting Delilah causing him to lose his super natural strength, his relationship with his God, and his eyesight. Achan made the mistake of taking a wedge of gold and some garments from the defeated enemy camp; it cost him, not only, his life, but the life of his entire family. Esau made the mistake of selling his birthright to his younger brother, Hebrews 12:13-17 “Pursue peace with all people, and holiness, without which no one will see the Lord: looking carefully lest anyone fall short of the grace of God; lest any root of bitterness springing up cause trouble, and by this many become defiled; lest there be any fornicator or profane person like Esau, who for one morsel of food sold his birthright. For you know that afterward, when he wanted to inherit the blessing, he was rejected, for he found no place for repentance, though he sought it diligently with tears”.

If you have made one mistake or many, ask God to forgive and help you. 1 John 1:9 “If we confess our sins, he is faithful and just to forgive us our sins, and to cleanse us from all unrighteousness.”

OK, your turn to confess!