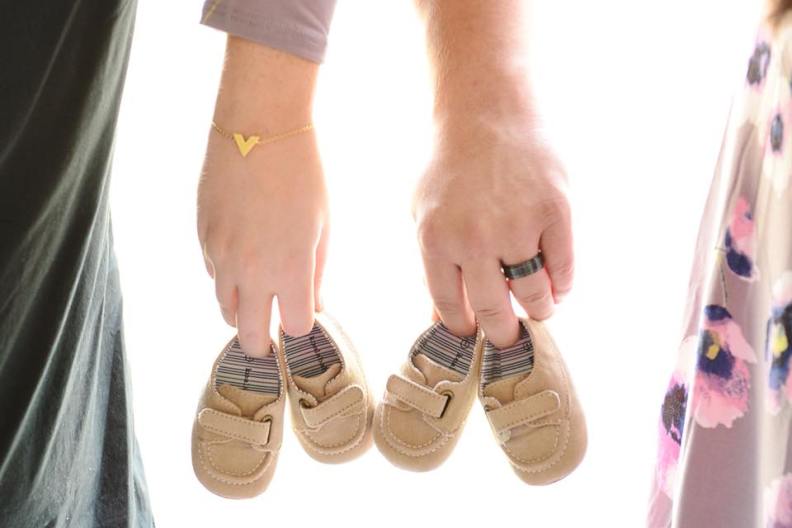 In the Bible we read of how God gave Abraham and Sarah a baby in their old age, that child was Isaac, Hannah, who cried and prayed so mournfully that the priest thought she was drunk. Her prayers were rewarded when God gave her a son, Samuel whom she dedicated to the Lord and gave him to serve in the Temple. Then there is Elizabeth who gave birth to John, the prophet who preached of the coming Messiah.

Well friends, this is not about Isaac, Samuel or John the Baptist but I do have an announcement of a much longed for birth, the news is out so I can finally say it out loud! My son and his wife are increasing their family in the spring and they are having TWINS!! This is a miracle and we are so grateful. Many prayers have been prayed and a lot of tears shed in the course of the past two years but now there is so much joy that all of the pain is in the past. I will be grateful every day of my life! I want to mention one prayer in particular that was prayed by Rev. Sam Lalaian, a much loved cousin and prophet of God. He had called me one night and we were just talking when he stopped and asked me what I had need of, I told him that all was well with me but I wanted him to pray for my son and his wife who wanted a baby very much. They have been married six years and had been anxious to start their family but met with infertility issues and then miscarriages until they were both very sad, and frustrated. As I told Sam these things he just listened and then he began to pray a prayer that I felt from the top of my head to the bottom of my feet. When he finished his prayer he told me not only were they going to get pregnant but, God was going to give them twins, He did! I should have called him the moment I knew but they were keeping it quiet until they were cleared to go to a regular physician, which was this past week, so tonight when the phone rang and I saw his name pop up I knew immediately that one of his children had seen the announcement on Facebook and told him, I answered the phone by saying, “I should have already called you!”

I believe in giving honor to whom honor is due, Ara and Tiffany were prayed for by their pastor, Alan Mushegan and the members of East West Church and many friends and we are eternally grateful to God for granting this wonderful answer!