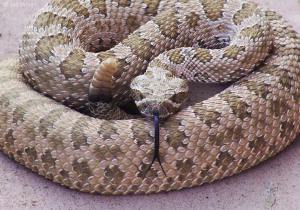 A few days ago a Kentucky pastor, Jamie Coots, was bitten by a rattlesnake during one of his services and died. In May of 2012 another pastor, Mark Wolford of West Virginia met the same fate! These men were handling these poisonous reptiles while in the spirit of the service and I don’t know if their point was to show that they were Godly men or that God would protect them, but they both died.

The Bible says in Mark 16: 18 “They shall take up serpents; and if they drink any deadly thing, it shall not hurt them.”  Let’s talk about this for a minute. If you go to Luke chapter 4 you will read about the “Temptation of Jesus in the wilderness” and find that Satan first came to Jesus when he had been in the desert for 40 days and nights without any food. I am sure that starvation had set in.  Jesus came to us in the flesh so that He could endure all the same things that we face. Hebrews 4: 14-16 “Now that we know what we have—Jesus, this great High Priest with ready access to God—let’s not let it slip through our fingers. We don’t have a priest who is out of touch with our reality. He’s been through weakness and testing, experienced it all—all but the sin. So let’s walk right up to him and get what he is so ready to give. Take the mercy, accept the help.”

Point is that Jesus as a flesh man was very hungry after so many days without food, so Satan came to Jesus and said, “Since you’re God’s Son, command this stone to turn into a loaf of bread.”  I don’t think Jesus even had to think about it, He answered him with God’s Word, “It is written, ‘Man shall not live by bread alone, but by every word of God.’”  Then Satan tried a temptation that might catch some of us, he showed Jesus the kingdoms of this world and told him that he would give him all power and authority if only He would bow down and worship him! Jesus said, “Get behind Me, Satan! For it is written, ‘You shall worship the Lord your God, and Him only you shall serve.’ ” I imagine Satan thought “Foiled again!” Then he thought of a sure-fire way to get to Jesus! He took him up to the highest tower of the Temple and then said to Him, “If you are really the Son of God you can throw yourself down from here. For it is written: ‘He shall give His angels charge over you, To keep you,’ and, ‘In their hands they shall bear you up, Lest you dash your foot against a stone.’” Satan was quoting from Psalm 91. Jesus answered and said to him, “It has been said, ‘You shall not tempt the Lord your God.’ ”

Here I will go back to the point. Jesus would not jump from that building because it was wrong to tempt, or test, God. My friend, I have seen things in my life that you can only imagine so I know the mighty miracle power of an Almighty God, He can do anything but if the very Son of God won’t test by throwing Himself from the top of the Temple, then who am I to take up a snake and tell God that He has to heal me? It was the choice of both of those ministers to pick those snakes up and they both paid the price for it. God had already kept Jamie Coots from dying when rattlesnakes had bitten him three previous times!

Now let me tell you something that happened that shows us when that scripture in Mark is for us in the here and now. My mother has often told the story of how when she was a little girl sitting on the front row of her dad’s church three men came into the service, while he was preaching, carrying a box, which held a rattlesnake! They shouted at my grandfather and called him a “snake handler”, which he was not, and then they threw the snake at him. My mother said that when the snake hit his chest he took it in his hands and the snake looked like it had frozen stiff, granddaddy threw that snake back in the box and told them to get out and not to come back, they were so frightened by what they had just seen they did exactly that!  My grandfather didn’t ask for that, he was just preaching the Word to a congregation of people and God performed the miracle for him. He wasn’t trying to tempt or test God nor was he showing how brave he was in taking up the snake, it was thrown at him and he was protected.

Whatever you believe, and as I said yesterday we all have opinions, I have given you all the scripture you need to make your own decision. As for me I don’t plan to visit or be a part of any church or gathering that has live snakes in their midst! I feel like Indiana Jones felt when he was thrown in the snake pit in Raiders of the Lost Ark, he said, “Why did it have to be snakes?”

If you have a thought I would love to hear it, so until next time I am signing off and hiding from any and all reptiles!